Skip to content
Results and splits
SplitsBrowser
WinSplits
RouteGadget      Please do add your route; the planner is always keen to see where competitors went, and competitors find it useful to see where others went.
Please refer any queries with these results to Alun Jones
Please do post comments on the event on our Facebook page 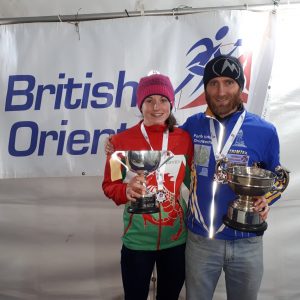 Some photos of the prize-giving by Steve Rush are available here.  And some courtesy of www.CompassSport.com are here.  You are welcome to use the photos in club newsletters etc, but please credit the owner.

Ticks – One participant has reported finding a tick after Hambleden.  We recommend you check your body carefully.

I am sure after our two Penn “Night and Day” events in 2017 that we decided it was a bad idea to ask one person to act as Organiser for both the days. We were using those events (including the Southern Nights) as a dress rehearsal for this weekend. I am still not sure what went wrong!

In all seriousness, having one Organiser, one Planner and one Controller (and one location) did help to simplify the coordination of everything. That, coupled with the excellent TVOC team system meant that I could seem to rely on most things “just happening” on their own without too much effort. Thanks to every TVOC helper (and a few “associates”) for their efforts over what must have felt like two long days for some.

Apologies for the hired generator problems. It seems like a fault with the spark plug or coil pack was the issue when fully hot. But the results team screens and everyone’s head torches lit the place up for long enough to get it started again.

The heavy rain overnight on Saturday caused some problems. Full marks for the Car Park team getting all the motorhomes and camper vans (including mine) off the site without too many delays. That team’s efforts were well above and beyond the call of duty.

One plea. Please do take “Courses Close” times seriously. Helpers are abused enough at such events without adding to the pressure by the need to organise search parties and hang around for people to get back late. Several helpers were still on site at 10:45pm, only to be back at 8:00am in the morning for Part Two!

I still have the M60 trophy, along with a few of the medals that weren’t picked up on the night, or on Sunday. I also have a very poor track record in people claiming lost property after events. So I did throw away a pair of used underpants (and a few other small clothing items). But I did keep hold of the more unusual items. Two keys. A full gas bottle. A thermos flask cup. And a car footwell mat left on the field. Neville found a black/orange Ronhill jacket and a pair of black Karrimor gloves. Please contact me if any of these are yours.

25FEB20: Just found the maps of the following early starters. Ella May Rush, S Keyes and C Ashenden. Email or call and I will post them to you.

Finally, there is no greater pleasure to be had as an Organiser than when you are relaxed, confident and simply able to sit back and watch the event unfold, running smoothly like a sewing machine. Throughout both events I was able to take time out, wander around, and watch you and talk to you about your experiences of Hambleden. Everyone seemed to enjoy the events. Thank you for coming to support them.

First off I would like to thank the mappers, John Farren and Mark Thompson. They spent countless hours producing the very fine map.

Hope you enjoyed running at Hambleden. Its good visibility and very little undergrowth makes Night-O there a pleasure.

We have very limited access to the Estate for mapping and course planning. Consequently most work was done almost a year ago, with just a couple of updating visits immediately before the event.

To keep the workload down over the weekend Sunday’s Chiltern Challenge used the same Start and almost all the controls as the Night Champs. With many competitors running both days I was presented with an interesting problem in making sure that the CC courses equivalent to BNOC courses had no repeated sites. I also sent the two day’s courses in opposite directions around the area to mix things up a bit.

Many thanks to the Controller, Alan Rosen, for helping out with this, and generally keeping me on track.

Putting two major events on one area within about 11 hours of each other is no minor feat so well done to the whole TVOC team for making everything run so smoothly.

The area itself is delightful, with wallabies (which some of you saw), hares, countless deer and birds of prey to distract you, and relatively dry running despite the proximity to a very swollen River Thames. It is not an easy area to plan on, especially with the aim of avoiding anyone visiting the same sites across the two races, so thanks to planner Nev for his ingenuity in squeezing everything in. Joining the various parts of the land together inevitably meant some not-so-difficult running at times, but we look forward to studying your routes on Route Gadget to see how you tackled the more technical legs.

The course lengths did provoke some comment in advance of running, but the winning times, even at night, show how well the fastest competitors coped with the physicality of the Chilterns and the navigational challenges.

Night orienteering is a bit of a niche sport but it can transform an area into a much more technical and interesting challenge - do encourage other orienteers to have a go if they are reluctant! We tried hard to avoid bingo controls and you may have seen some flags hung at the edge of small depressions and not hidden behind trees, for example, to make sure they were fair both at night and in the daylight.

We did make one mistake with a control description when a control site was changed at a late stage (we could only get good access to the area in early February after the shooting season was over) and the description was only changed for the night event - apologies if you were slightly confused by 110 on Sunday.

Finally, thanks again to Nev, and to Organiser John D and the mappers Mark and John F, for their hard work over many months, and thanks to everyone who ran over the weekend.