On Saturday 14 May, 12 members of the TVOC Junior Squad travelled to SN’s event at Hogmoor Inclosure (on the edge of Bordon in Hampshire), to compete in the regional qualifier for the Yvette Baker Trophy (YBT) junior inter-club competition. It was great to see so many TVOC juniors competing for the club, especially those taking part in the YBT for the first time. 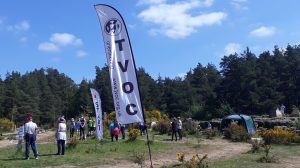 Hogmoor Inclosure was certainly different to the locations that we are used to in Buckinghamshire and Oxfordshire; with lots of sand underfoot, pine trees, and a 1:5,000 scale map! The sandy paths and the sunny weather led to energy-sapping runs, but lots of good competition against SN juniors.

When everyone had finished and the scores had been added up, it became clear that SN had beaten TVOC; however, according to the YBT Rules, because both TVOC and SN had finished in the top 5 in last year’s YBT Final and were therefore seeded this year, both teams had done enough to qualify for the 2022 YBT Final.

Well done TVOC Juniors – we have qualified for the National Final for the second year in a row!

Thank you for the support of juniors, parents and coaches during and in the run-up to the qualifying event. 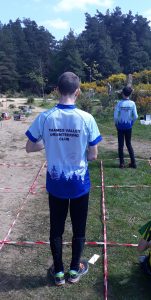 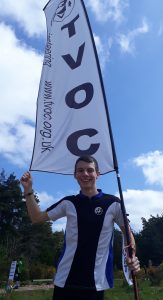 The YBT National Final will be taking place on Sunday 3rd July at Irchester Country Park, Northamptonshire, where the TVOC Junior Squad will compete against 11 other clubs from across the country. It’d be great to keep expanding the team, so any juniors who didn’t compete in the qualifier but want to take part in the YBT Final would be very welcome! Contact us via email.